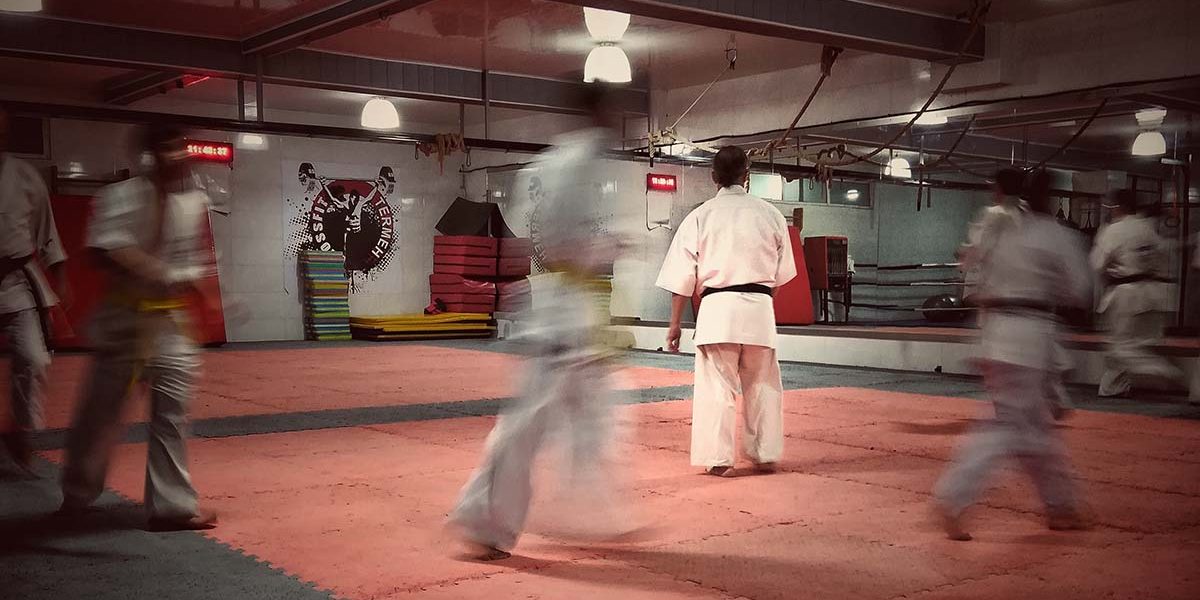 One of the most common questions I hear is, “Should I enroll myself or my child in taekwondo or karate?”

The short answer is: It doesn’t matter.

I’m not trying to be dismissive.

Time and again it’s been said that the art doesn’t matter so much as the individual’s relationship to his or her instructor.

In this post, I’ll call out what I have found to be the main commonalities and differences between karate and taekwondo.

Please note: These are my (admittedly generalized) personal experiences.

My experiences may not reflect upon all karate and taekwondo schools—personally, you might find that I have a bias toward karate because I teach it and don’t have a ton of formal experience with taekwondo.

If you are interested in practicing one or both arts, please inquire with an instructor or school near you to understand their philosophies about teaching and what they emphasize.

What Karate & Taekwondo Have In Common

First, I’d like to note that I tend to look at what martial arts have in common instead of their differences.

Both taekwondo and karate feature the following:

Further, karate and taekwondo are both full-body aerobic workouts involving punches and kicks, as well as calisthenics like jumping jacks, pushups, squats, burpees, lunges, and more.

Black belts are awarded only after years of practice and dedication.

How Karate & Taekwondo Differ: Their Origins

Most martial arts we typically think of developed differently throughout Asia over hundreds of years.

Karate flourished on the island of Okinawa during the 1600s and onward.

Later, in the 1900s, karate’s popularity took off in Japan once a safer version was introduced into the school system.

Meanwhile, taekwondo developed largely as a result of World War 2, when Korean martial artists were influenced by the Japanese occupation.

Let’s say you’ve never experienced martial arts before, and suddenly, you’ve been plopped into a local gymnasium to watch a competition.

In general, you can identify a karate practitioner in the following ways:

Sparring Rules For Karate And Taekwondo

One of the biggest differences between karate and taekwondo is their sparring rules.

However, please refer to each individual school or competition for their unique rule set.

Again, please refer to your school or upcoming competition for their specific rules.

Many follow rules sanctioned by a larger governing body.

Is There A Difference Between Karate And Taekwondo?

Of course there is.

But, please don’t judge each art based entirely on what you read here or online.

In fact, it’s not really a question of karate vs. taekwondo at all.

Visit a school in person to learn more about their training methodologies and how they can benefit you or your child.